The original Community Hospital was constructed in 1928, and opened for patients on December 11, 1929. A need for additional upgrades to the facility prompted the County Commissioners in November 1965 to approve the building of a new facility. The County Commissioners leased the new facility to a healthcare management organization called Great Plains Lutheran Hospital, Inc., Phillipsburg, Ks., in 1966. The new 30 bed acute hospital was dedicated April 26, 1970. After the old hospital was torn down, a 40 bed Long Term Care Unit was built in its location attached to the hospital and completed in January of 1971.

In 1980, the acute care side of the hospital added 14 beds. Those beds were located on the Medical floor, Obstetrics, a new Emergency Room, Laboratory, Intensive Care Unit and Surgery.

Departmental expansion was again necessary in 1994. Physical Therapy was enlarged and relocated to the south basement area below Long Term Care, and radiological services including a new CT scanner were then located in the previous physical therapy area.

In 1997, a new Beloit Medical Center, PA., was built north of the hospital, and Mitchell County Hospital purchased the old building across the street southeast of the hospital. The annex building was named the Thomas Conroy Professional Building.

A hospice program was initiated to emphasize the importance of the quality of life rather than the length of life. This department adopted a previous hospice name known as Solomon Valley Hospice.

An Outpatient clinic was established on 400 wing in 1994 and was relocated to the Conroy building in 1997. Services provided at this clinic are: Eye, Ears, Nose and Throat, Hearing testing, Podiatry, Orthopedics, Urology, and an Outpatient Certified Diabetes Educator.

Mitchell County Health Department expressed a desire to move into the remaining half of the Thomas Conroy Professional Building and so they did. With additional space becoming available within the hospital various departments were relocated, including Pharmacy, Respiratory Therapy, Acute Nurse Managers office, Patient Care Coordinator, Infection Control, Social Services, Medical Staff/Credentialing Secretary, and Utilization Review/DRG Coordinator. Along with this, Occupational Therapy was added as a rehabilitation service which works with patients that require rehabilitation of various needs in performing activities of daily living, repetitive motion injuries and stroke rehabilitation.

In 2000, an ever-increasing need for emotional care of the elderly was demonstrated throughout the nation. An organization that specializes in geriatric behavioral health care identified that the surrounding area of Mitchell County was an ideal location for a Geriatric Behavioral Care Unit. By identifying this need and the increasing standards established by regulatory agencies, a ten bed Geriatric Special Care Unit began construction with completion March 20, 2001.

Two courtyards were developed within the enclosed outside areas between hallways, with one being accessible to the public and a small courtyard for staff. Funding for these courtyards were made available from the sale of bricks or granite slate. 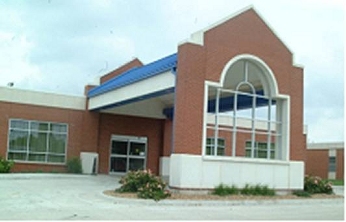 With the growth of computer technology and the implementation of a hospital-wide computer system an Information Technologist was hired. On October 1, 2003, the CPSI computer system was installed and became a part of daily business. Information technology is an on-going process that occurs on a daily basis with its demands continually increasing in meeting the regulatory requirements established through HIPAA and a nationally mandated requirement for an electronic medical record.

Mitchell County Hospital has an active staff of 9 physicians that are not employed by the hospital but of their own clinics. The physicians on staff serve in specialty areas within their practice. Services include: Internal Medicine, Family Practice, Obstetrical service, General Surgeon, Psychiatrist, and a Nurse Practitioner that assists in surgery.

The Mitchell County Hospital Health Systems Board of Trustees serves as an advisory board and a liaison between the hospital, physicians and community. County Commissioners meet with the board on a regular basis but are not voting members of the board.

In October 2009, a groundbreaking ceremony took place to modernize the acute care wing and other select areas of hospital in order to continue to provide quality healthcare in an improved space for generations to come.

Also in 2009, new technology made its way to our facility. Full Field Digital Mammography is now being offered at MCHHS with the new state of the art system, Selenia. The GE Datex Ohmeda "Anesthesia care station" is fully operational in our operating rooms. The implementation of this type of new technology will benefit all surgical patients brought to MCHHS. MCHHS is also proud to announce the acquisition of the new Philips BrightView Nuclear Imaging System. This system provides a spectacular level of improved diagnostic detail and resolution while decreasing patient scanning times. Another technology investment was two G5 ventilators from Hamilton Medical. They provide actions that our therapists would have to do manually. The ventilator can accurately make decisions for the patients on a breath by breath basis. The newly relocated gift shop become operational in December, 2009.

In November 2010, the nursing staff moved patients into the new addition. With the completion of the renovation we have 21 private acute care rooms, 4 private ICU rooms, and a distinct part observation unit with two semi-private rooms.

Hutton Construction substantially completed the new additions and renovations in April 2011. The last part of the building to be completed was the Dietary Department. With these renovations part of the 400 wing has been remodeled for Respiratory Therapy and Cardiac Rehab. The Chapel was relocated to its new home across from the pharmacy.

A helicopter landing pad was completed in September 2011. Medical transportation aircraft can now land closer to the hospital rather than at the airport. Also in 2011, wireless internet access was provided for our patients, guests, visitors and employees.

MCHHS receives Level IV Trauma Designation from the Kansas Department of Environment in 2012. Mitchell County Regional Medical Foundation moves into the Perdue House and our organization went live with the new Meditech Computer Software. In the Summer of 2012, Dr. Concannon and Dr. Fugate celebrate 25 years of serving the community and hospital. The Mitchell County Hospital Health Systems cardiac rehab renovation was completed with special parking.

A new analyzer for lab was installed, which provided benefits of workflow and allowed new test options, including in-house testing for hepatitis and Vitamin B12 / Folates. Other new investments included a new ultrasound machine, pulmonary function machine and a new Nu-Step cycle machine.

The MCHHS Health Portal was developed and launched.

The Studer program was rolled out to the organization.

A new website and intranet for employees was launched.

MCHHS hires first Community Insurance Navigator to assist community with the many choices of health insurance.

In 2016, MCHHS was ranked the 11th cleanest hospital in the Nation. MCHHS joins the ACO-Kansas Clinical Improvement Collaborative (KCIC) and also the Kansas Heart and Stroke Collaborative (KHSC). Our Studer program transitions to iCare.

IT transitioned the organization from Outlook to GMAIL in 2017. Dr. Kimple & Dr. Kueker celebrates 25 years and Dr. Concannon and Dr. Fugate celebrate 30 years with MCHHS. On July 1st, 2017, MCHHS became a Tobacco and Smoke Free campus. The end of the year, our facility went live with Cerner.

MCHHS won the AthenaHealth $15,000 My Hospital / My Community award.

In 2019, Dr. Banker, general surgeon, joined MCHHS as it's first employed physician. The hospital opened the doors to two new outpatient services, the Outpatient Surgical Clinic and the Senior Life Enrichment Program. Renovation was done on the old ICU wing to house the new Surgical Clinic and the Duntz House was remodeled to hold our Senior Life Enrichment Program.

Our front door access hours were changed for the safety, health and healing of our patients. These new hours allow us to provide tightened security to our patients and staff and give our patients a quiet environment to rest and heal.

The Difference Makers Employee Recognition program was implemented in 2019 to strengthen our efforts with our iCare journey. This took the place of the Employee of the Quarter award.

MCHHS partnered with The DAISY Foundation to present The DAISY Award for Extraordinary Nurses here at our facility.